…injured workers who develop such permanent impairment as a result of chronic pain may be left with nothing: no medical aid, no permanent impairment or income replacement benefits, and no capacity to earn a living on their own. This cannot be consistent with the purpose of the Act or with the essential human dignity of these workers

The Supreme Court of Canada, in its 2003 landmark decision (Nova Scotia (Workers’ Compensation Board) v. Martin; Nova Scotia (Workers’ Compensation Board) v. Laseur, [2003] 2 S.C.R. 504) , confirms the right to equality before the law of people with chronic pain disability across Canada. The Court recognizes that chronic pain disability is real and disabling and that the Charter of Rights and essential human dignity require an individualized assessment of the injured workers’ needs and circumstances the same as any other injury.

Community legal aid clinics not only provide individual representation but also address broader systemic problems through public legal education, community development and law reform initiatives. Test cases address systemic problems and inequities and benefit the entire community through changes to law or policy without the need for each individual to pursue their own legal challenge.

Injured workers groups have always argued that chronic pain should be treated by workers’ compensation boards like other workplace injuries or illnesses.
This approach was adopted by the Ontario WCB in 1987 and reaffirmed after a WCB expert panel review in 2000. These decisions were made after public hearings which included submissions by community legal clinics on behalf of their clients and on behalf of injured worker organizations.

However, Nova Scotia passed a regulation that chronic pain would not be recognized as a permanent disability like other workplace injuries. Chronic pain was only eligible for temporary treatment and compensation for loss of earnings for 8 weeks. The regulation was upheld by the Nova Scotia Court of Appeal and two injured workers appealed to the Supreme Court of Canada.

The Ontario Network of Injured Workers’ Groups (ONIWG) decided to intervene in the Appeal and support the recognition of chronic pain disability. A legal team from the Ontario Legal Clinics’ Workers’ Compensation Network represented ONIWG and obtained standing as an intervener in the cases of Martin and Laseur from Nova Scotia. Lawyers from ARCH legal clinic made the courtroom presentation, supported by other community legal clinics including Injured Workers’ Consultants (IWC), Industrial Accident Victims’ Group of Ontario (IAVGO) and McQuesten Community Legal Clinic. Arguments were presented to the Supreme Court of Canada in December 2002 that treating chronic pain disability differently from other medical conditions was discrimination on the basis of disability and contravened the Canadian Charter of Rights.

Injured workers from all over Ontario felt very strongly that their voice should be heard through legal counsel at the SCC but also that their presence in the courtroom was necessary for such an important decision. Legal clinics helped raise funds and car pool injured workers to Ottawa for the hearing. The Canadian Labour Congress generously offered to cover the cost of an overnight stay in Ottawa for the injured workers travelling from afar to be at the Monday morning hearing. They met the evening before for an educational session by legal clinic staff about the Court and the legal issues.

Court officials said they had never seen so many people attend a hearing. They arranged for closed circuit television for those who could not fit in the courtroom. After the hearing, injured workers stopped for a photo outside the courtroom.

A few months later the Supreme Court released its decision, striking down the Nova Scotia regulation. 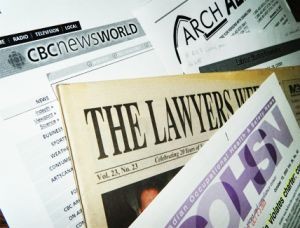 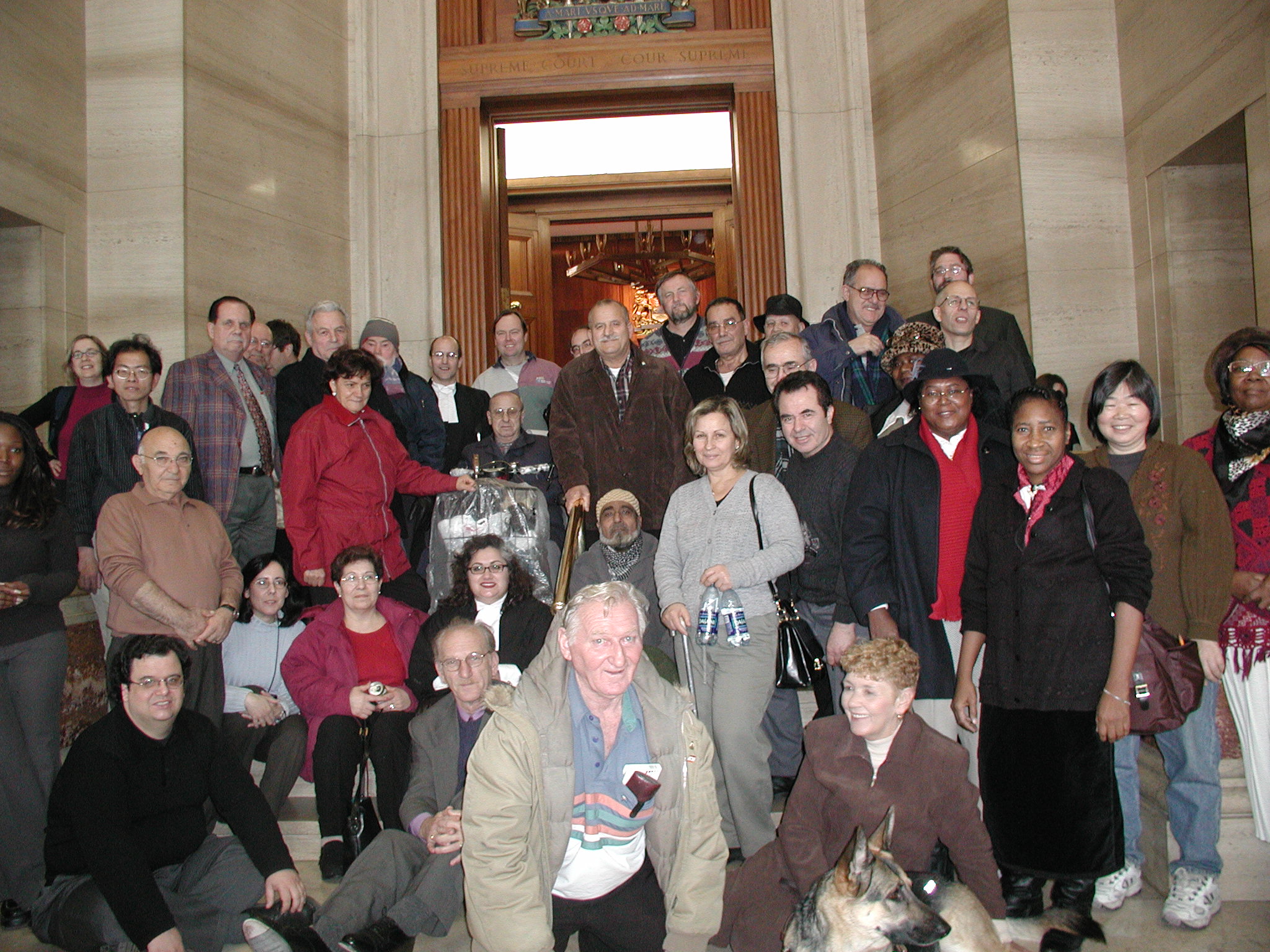 Stay connected – get our blog updates